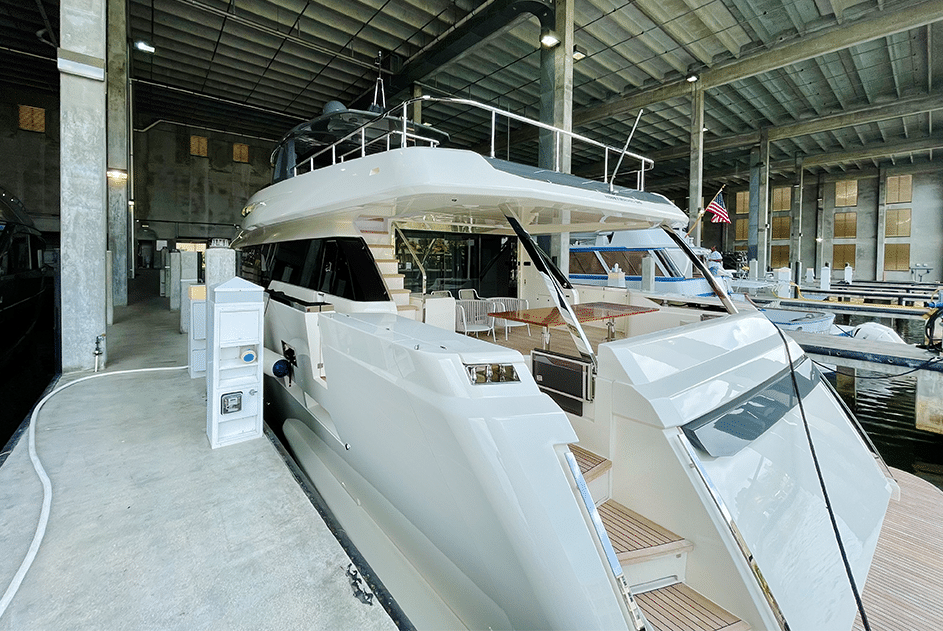 By Boathouse Yacht FacilityJuly 26, 2021No Comments

THE ANATOMY OF A YACHT

You might hear a yacht referred to as a boat, but not all boats are yachts. A yacht is technically a boat because it is a vessel that floats on the water. But to be called a yacht, a boat has to be at least 35 feet long. Yachts can also be much larger than that: A mega-yacht is more than 100 feet long, while yachts more than 200 feet long are called super-yachts. Yachts are usually used for recreation, and they are designed to be luxurious. These types of boats often have powerful motors that allow them to easily travel long distances, but they may be traditional sailing yachts powered by the wind. Other kinds of boats include fishing boats, which are boats built to be durable enough to withstand hours of fishing in either fresh or saltwater, and rowboats, small boats often used in shallow water that is typically designed to be propelled with oars.

In order to get the most out of the experience, it is helpful to know the different parts of a boat and have some understanding of how they work. Gone are words like “front,” “back,” “left,” and “right.” Instead, nautical terminology takes over and adds to the enjoyment of being on the water. However, no matter which type of boat you’re on, you’re likely to encounter some of the same features and terminology.

Aft: Referring to the aft means in or toward the back of the yacht.

Anchor: An anchor is a heavy object that drops down into the water to keep a boat or yacht from moving.

Beam: The beam is the widest point of a boat or yacht.

Berth: The sleeping area of a yacht is the berth.

Bow: The front of the yacht’s hull is the bow.

Bridge: All of the controls of the yacht are located on the bridge, which is also sometimes called the cockpit.

Cabin: Private rooms and living compartments in a yacht are called cabins.

Cleat: The cleats are the metal or plastic fittings on boats where sailors attach lines.

Deck: The part of the yacht where you can walk around outside is called the deck.

Draft: The draft is the minimum depth of water needed for a boat to float.

Galley: Sailors call the kitchen of a boat the galley.

Gunwale: The gunwale is the upper edge of the side of a boat or yacht.

Hatch: The hatch is the opening that connects the deck of a boat with the cabins underneath. Some yachts have several hatches.

Head: The bathroom on a boat or yacht may be referred to as the head.

Helm: The steering mechanism of a yacht is the helm.

Hull: The hull is the part of a yacht or boat that floats in the water. A hull has a framework inside it and a hard outer shell that you can see.

Keel: The keel is the part of the hull that runs down the middle from the bow to the stern. The keel is considered the foundation or backbone of a boat.

Line: Rope used on a boat or yacht is called line. Sailors need to know how to tie proper knots in the lines to keep boats secure when they are docked.

Mooring: Mooring is the place on land where you secure a boat. Moorings may be piers or wharfs.

Port: If you are standing or sitting on a yacht looking toward the front of the vessel, the port side is the left side.

Porthole: Windows in a yacht or boat is called portholes.

Propellers: A motorized yacht has blades that spin fast, called propellers, that make it move through the water.

Rig: The rig includes the sails and any devices needed to control the sails. Rigging includes equipment such as the mast, boom, yards, and spreaders.

Starboard: When you are standing or sitting on the yacht looking toward the front of the vessel, the right side is the starboard side.

Stern: The back of the yacht’s hull is the stern.

Whether you’re sailing across an ocean or sitting back enjoying the view from a charter yacht, being on the water can and should be relaxing.

Now that you have the rundown of Nautical Terminology, we look forward to hearing it used in our five-star Mega Yacht facility that is conveniently located just minutes from Port Everglades in the Yachting Capital of Florida.

CLICK HERE to contact us today for reservation information for any covered, uncovered, or face dock availabilities. CLICK HERE to see why so many people chose to stay at our private and secure mega-yacht facility.